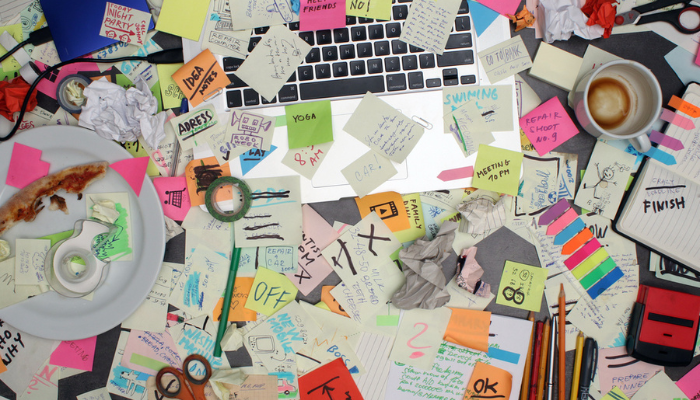 Apart from the TV personalities who have made a career out of helping/bullying people to clear their homes and lives up so that we can all watch and say to ourselves ‘thank God I’m not as bad as that’, how many people do you know who are actually incredible at keeping their homes and workplaces and lives de-cluttered? Not many right? You may know one or two but one or two only and that’s because it’s not easy. So today I’m going to explain the science behind clutter, why it happens, and why de-cluttering doesn’t happen as often, and then give you some ideas on how to make it more of a habit so that you can keep clutter in check more of the time.

Interesting word clutter. It actually sounds like it is, slightly irritating and confusing. It derives from the words clot (sticky stuckness), cluster (groups of stuff) and clatter (alarming unexpected noises). When I found that out, I got even more irritated by the word clutter. Sorry clutter, you are just a word really. Maybe we should rename you as something more soothing and calming like…clouding. Anyway, what do I mean when I’m talking about clutter and de-cluttering. Well I am talking about physical clutter at home or at work – things left about, out of place, not cleared up, basically mess. But also digital – too many apps, too many series marked as favourites left half watched and not cleared, with it getting difficult to find stuff as a result – which really is the same as having too much physical stuff around to be able to live your life with clarity and focus. You can take it even more widely – life clutter, which moves us into life laundry territory that I podcasted on at Season 1, Episode 7 – so go there for more on that because this podcast is more focused on physical clutter in particular but also applies to the digital kind…the same base principles apply to both in order for you to keep clutter under control.

So why is clutter a bad thing anyway? Well actually, it’s not bad for everyone, but science tells us that it does cause a stress response in some people, where elevated cortisol levels are seen (the stress response hormone) – this diverts resources away from your decision making centres and towards the emotional fight/flight response so you may get irritated, neggy, stressed or anxious if there’s too much clutter around. So why does that response to clutter happen for some people?

Well the reason varies. Commonly, this comes down to sensory overload – just having too many stimuli in our environment can overwhelm our senses and make us want to reduce that stimulation somehow, so we may choose to ignore it, or hide it, or leave the room, or blot it out with booze perhaps. Or it may be that we have a desire for control or order or task completion, possibly linked to early experience, and clutter can make us feel out of control. In either of these cases, we can experience a sense of overwhelm which doesn’t put us in the best place to feel and be at our best. So first thing is not to assume everyone’s wired the same way – we’re not. But when you know how someone is, try to be kind to them by recognising and responding to how they see clutter.

What then is the science and psychology behind why clutter happens and why de-cluttering doesn’t, at least not so easily anyway. Well here there are a few factors in play:

First, clutter is linked to acquiring and then keeping things we don’t need because for many of us, a sense of psychological safety comes from familiarity and also from personalisation and control of our own space, so our clutter = our territory. Also, we naturally start to identify with objects that we have acquired, as a small part of our own identity because we made the decision to acquire that thing in the first place so in some way we associate it with us.

As a result, throwing out or putting away stuff that falls into these categories actually hurts us (it is registered as pain in the brain) because we feel like we might be binning off of a piece of ourselves somehow or because doing it forces us at some subconscious level to recognise that we made a mistake in acquiring it in the first place.

Procrastinators or people who are less decisive or more emotional/anxious about making mistakes find it harder to de-clutter. But also some people know that they get a huge sense of personal satisfaction from a massive clear out and so delay that gratification until the de-cluttering need almost becomes overwhelming just so they can get to an even bigger high when they do do it. Man, humans are complicated. For more on procrastination, check out my podcast at Season 2, Episode 5, where I use words like amygdala and anterior cingulate cortex. I know right, you totally want to get to that. But not right now, let’s move onto how to de-clutter by working with what works in our brains that will help us here. So here’s my fast de-clutter tips…

Tip 1: Dissociate from the stuff you want to de-clutter – get others to do it or tell yourself it’s really just stuff, and then get rid of unwanted things before they become permanent and therefore unseen fixtures in your world. Also, bonus tip 1, feel good about the getting rid process (charity, ebay, recycling, upcycling) – whatever does it for you, use that and try and see the result of the de-cluttering as a reward.

Tip 2: Do it regularly – clear your workspace at the end of each working day…this gives you closure on the day and enables you to boundary better your work and working day. Cull the rooms that are prone to clutter at least twice a year. Don’t let ‘to do’ papers becomes ‘never do’ piles, reduce them weekly. Run through apps and watch lists a few times a year and get rid of what you need to to stay focused on the things you really need.

Tip 3: Be real about having stuff you often need close to hand and designing rooms and your life that way, so that you don’t spend unnecessary time searching and so that you don’t have a bunch of things that you never use on top of or in the way of things you need more regularly. And recognise that the priority items in your life will change over time too.

Tip 4: Get others involved – some people love shredding, others love boxing stuff up, others love tidying or clearing…go with the strengths and preferences you have around you, in your friends and family groups. For example, and this also relates to Tip 1, I have to throw away my partner’s shoes, she won’t do it. Works for me, I don’t like clutter, she doesn’t like letting go of stuff but when those shoes have to go, they have to go.

OK, end of tips, I don’t want to clutter up your day any more than I have to so that will do for this week. I’m off to de-clutter out the garage, it’s gotta be done. Have a clear week and see you next time. 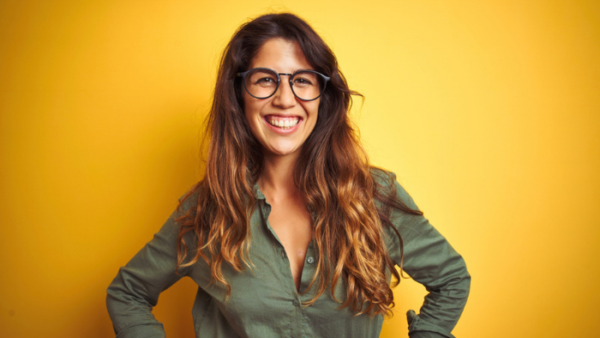 Supercharge your wellbeing – how to connect well

The greatest Christmas present: being present

Setting yourself up for a great Winter