Why do we self sabotage and how to stop it

Whether it’s relationships, personal goals (like weight loss or exercise) or projects at work, self sabotage seems to be something that many of us are drawn to.  I want to use today’s podcast to explore self sabotage – what it is, why do we self sabotage and most importantly, how to stop it.

What are self sabotaging behaviours?

So self sabotage is the thing that happens when you have a plan, and you have every intention of keeping to your plan, and you may have even told people that are following this plan, but for some reason you scupper your chances of success with your plan because you get in your own way at some point during the plan. You do the opposite of your plan, you get distracted by something that isn’t the plan, or the plan starts to freak you out and you stop following it.

Self sabotaging behaviours really do vary – they could include stopping yourself from doing the thing you said you’d do (procrastination – more on Procrastination-how to stop stopping yourself starting here), or maybe self-medicating with food or alcohol or drugs or something else addictive like TV or gaming or whatever, or even at the extreme end of the spectrum, self sabotage could actually involve self-harm. But today I’d like to focus more on why do we self sabotage and how to stop it.

The thing is that because self sabotage takes on a variety of forms, some low level like being open to being distracted and some much higher stakes like self harm, the reasons behind the self sabotage are often just as varied and complicated. But you need to understand why you’re doing it if you want to give yourself the best chance to learn how to stop self sabotage in its tracks.  I’m going to talk about self-worth, fear of failure, fear of change, beliefs we were given as kids, the perils of dopamine and the value of support.

Lack of self-worth and fear of failure

In a previous blog, I talked about imposter syndrome, which is the belief you aren’t worthy of your current role, status or opportunity and so you feel uneasy and anxious about that, to the point where you can start to feel like an imposter, which then limits your happiness and performance…so becoming self-fulfilling…self sabotaging. This is almost certainly linked to your sense of self-worth.

So the underlying reason why we self sabotage in this case is often that we don’t believe we are good enough and as a result we set ourselves up to fail because at least that way we don’t have to risk failure by trying to succeed and falling flat on our faces. So we choose to be the architects of our own failure or limitations rather than risk success and set ourselves up for even higher heights and bigger challenges where the chances of failure are even greater and where we’re even more sure that we’re in the end going to spotted as a fraud. 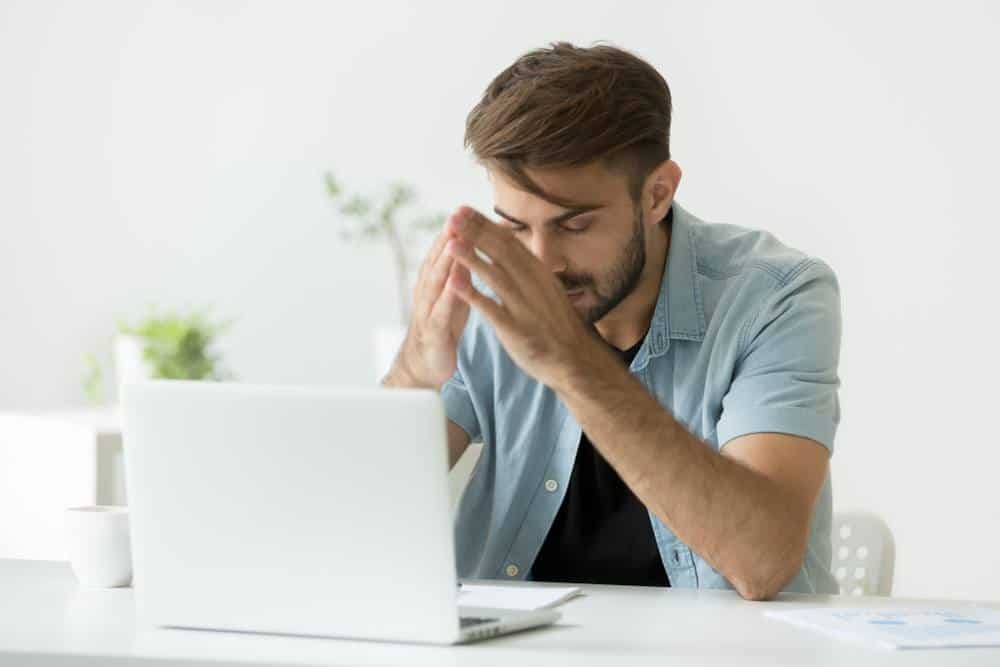 Wow, that is complicated. We’re really tying ourselves up in knots with the second guessing and starting-stopping behaviours there. So, how to stop self sabotage caused by this? In short, stop fearing failure by reframing it as a stepping stone to success or as part of success – failure is a great way to learn after all and it’s inevitable if you want to succeed.

There was this awesome advert with Michael Jordan in it, who was seen as the wold’s greatest sportsman at the time – check it out…if you search on Michael Jordan, Nike, failure, you’ll find it. Anyway to summarise, in it he says “I’ve missed more than 9000 shots in my career, I’ve lost 300 games. I’ve missed the game-winning shot 26 times.  I’ve failed over and over again in my life. And that’s why I succeed.”

But what about if we really don’t feel worthy of success, like we don’t deserve it, not because we feel like a fraud but because we don’t feel success is owed to us, because our life experiences have knocked our self confidence to the point that success doesn’t feel like it’s part of who we are. We are a failure and being a failure feels easier than trying to be something we don’t identify with: being successful.

That’s pretty big and runs pretty deep as a reason why we self sabotage and it will need some pretty full on soul searching. But by starting to believe that you are worthwhile, that you do make a contribution, that you can make a positive difference in your corner of the world. Then you may start to see some green shoots of self-worth that can help you to see success as something that is part of your story and identity and that you are worth it and that you are owed it.

Self sabotage and the fear of change

Another reason why we self sabotage is fear of change – us humans tend to like to keep things the same because that sense of familiarity and control makes us feel less psychologically anxious. But taken to extremes, that might mean that we rarely try anything new, rarely challenge or push ourselves out of our comfort zones because that might lead us to a place where we feel anxious and where we screw up, we might not be perfect, we might not ace it first time out. When right here in the comfort zone, everything is under control, as it should be, just right.

So again, our fear of failure may lead us to stick with the status quo and miss out on an opportunity to learn, to stretch and grow through experience even if failure may be a possible outcome when we set out on that journey.

Developing a growth rather than a fixed mindset can help with this, again so that we see growth through failure as a positive rather than something to avoid or be fearful of. Carol Dweck talks a lot about growth mindset, particularly in schools, and ways to develop it, so check her out.

Beliefs we were given as kids

And now we’re talking about schools and about kids, and indeed us as kids, there’s an awful lot that our parents have to answer for by leaking their own anxieties all over us and repeating phrases to us as we’re growing up, which can lead us to interact with the world in certain ways. Things we often hear when we’re growing up include “Hurry up”, “Be strong”, “Be perfect”, “Please others”, “Try hard” – these are described as DRIVERS of behaviour and are covered by a model called Transaction Analysis which is fascinating and also helpful.

If you heard any or all of these phrases repeated a lot when you were young, these scripts can seed beliefs and behaviours which it’s hard for you to shake off as an adult. The Be Perfect driver may well relate to self sabotage if we find ourselves fearing failure. Because it’s a lot easier to be perfect in areas we’re familiar with than in areas that we aren’t, so we may pull back from situations where we see failure as a risk and therefore not be perfect.

But if these phrases, these drivers are not helping us, then it may well be worth challenging them and deciding on new drivers that will help us.

The perils of dopamine

We should remember that a lot of self sabotage behaviours like food, drinking, drugs, gaming, app checking, all give us a dopamine hit which feels good, and is registered in the brain as pleasure. So self sabotage actually reinforces itself by giving our brains a pleasure response.

To stay on plan then, you need to remember to focus on the longer term gain rather than getting distracted by the shorter term hit.

The value of support

A word here on the importance of support in understanding why we self sabotage and stopping this behaviour – as with so much of what we experience as humans, making big changes in our lives is so much easier if you get supporters involved. So if you know that you have a tendency to procrastinate, or that you have a fear of failing at something, or that you feel a fraud, then talking about it to people who will listen and give a damn, and who will provide you with support and ideas on what to do about it, will really help.

Last, a word on strengths – at Strengthscope, we define strengths as those qualities that energise you and that you are great at or have the potential to become great at. So here’s the thing – you may know your strengths but will you use that knowledge to strive for excellence in areas that energise and excite you? Because if you really go for it in those areas, you risk failure, and failure in areas you are saying are most energising to you, that are strengths for you. But the upside is that you level up in those areas and in the contribution you can make, learning as you go. My advice though, do it with support, and go easy on yourself, celebrate the small steps along the way.

That’s it, don’t let self sabotage stop you from achieving all that you want in life. I hope I’ve given you some ideas on how to stop self sabotage.

Latest on the blog

In support of Black History Month

What is positive psychology and how can it help you

How to get your career mojo back

Squiggly career or career ladder – the choice is yours

Take a look at our sample reports

Sign up to our emails for simple and practical hints and tips on everything strengths and life.

We’re committed to your privacy. Strengthscope uses the information you provide to us to contact you about our relevant content, products, and services. You may unsubscribe from these communications at any time. For more information, check out our privacy policy.
Scroll to Top

JUST BEFORE YOU GO!

Do you want to sign up to our emails for practical tips on everything strengths and life?